Before There Were Teleportation Devices 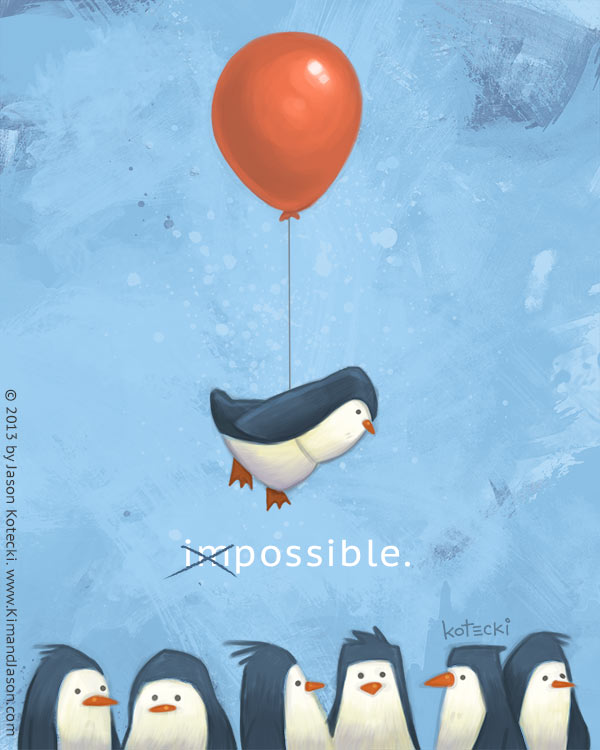 I wonder if the Wright Brothers ever imagined that less than 100 years after their first manned flight, we’d have already taken air travel for granted. And we do, don’t we? Thousands of these “crazy flying machines” take off and land every single day. And yet, at one point, the idea was as crazy as could be. In fact, in 1902 (just ONE year before the Wright Brothers’ great success), Lord Kelvin — the dude who determined the correct value of absolute zero as approximately -273.15 Celsius — said, “No aeroplane will ever be practically successful.”

Back in the late 1800s, the idea of Orville and Wilbur building a flying machine is kind of like someone today boasting about working on a teleportation device. And they way we take it for granted is like my great grandchild giving a talk 100 years from now saying, “Can you believe there was a time we didn’t have teleportation devices?”

Here are few of my favorite quotes from otherwise intelligent people who were a little too shortsighted in their vision of what was and was not possible:

“This ‘telephone’ has too many shortcomings to be seriously considered as a means of communication. –Western Union internal memo, 1876

“Everything that can be invented has been invented.” –Charles H. Duell, Commissioner, U.S. Office of Patents, 1899

“It is an idle dream to imagine that automobiles will take the place of railways in the long-distance movement of passengers.” –American Road Congress, 1913

“There is no likelihood that man can ever tap the power of an atom.” –Robert Millikan, Nobel Prize Winner in physics, 1920

“The wireless music box has no imaginable commercial value. Who would pay for a message sent to nobody in particular?” –David Sarnoff’s associates, in response to his urgings for investment in radio in the 1920s

“I think there is a world market for maybe five computers.” –Thomas Watson, chairman of IBM, 1943

“The concept is interesting… but to earn better than a ‘C,’ the idea must be feasible.” –Yale professor on Fred Smith’s conceptual paper about an overnight delivery service that would eventually become FedEx, 1965

“With over 50 foreign cars already on sale here, the Japanese auto industry isn’t likely to carve out a big slice of the U.S. market.” — Business Week, August 2, 1968.

“There is no reason anyone would want a computer in their home.” –Ken Olson, president and founder of Digital Equipment Corp., 1977

“What would I do? I’d shut it down and give the money back to the shareholders.” –Michael Dell on Apple, 1997

Learn from these missteps by expanding your horizon on what you deem “realistic.”

And be very, very cautious about what you label as “impossible.”

For as John Andrew Holmes wisely said, “Never tell a young person that something cannot be done. God may have been waiting centuries for somebody ignorant enough of the impossible to do that thing.”

[ About The Art: This one languished for a long time as a doodle in my sketchbook. A little penguin floating away via balloon. I wasn’t sure what to do with it. The day I decided to turn it into a painting and see what happened was, frankly, magic. I was in the zone. Every line, every stroke, every color just flowed out of me. It was weird. And it was one of the rare instances where I sat back after finishing it and said, wow, this is really good. (Mostly because I don’t feel like I had all that much to do with it.) Believe it or not, this was made in Photoshop using various splatter and watercolor brushes to give it the painted texture. I added the little band of earthbound penguins at the end. I see them as the naysayers, convening to discuss all of the reasons why a penguin can’t fly. — Jason ]