How We Spent Our 13th Anniversary 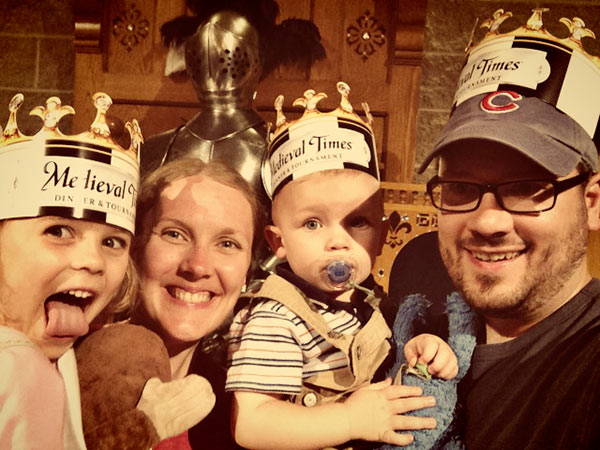 Kim and I always do something childlike on our anniversary. One year we went to the circus. Another time we visited Toys “R” Us on Times Square. This year, we took the kids to Medieval Times.

Actually, that happened the day AFTER our anniversary. On our real anniversary, our sister-in-law watched the kids so we could play hooky and have lunch on a beautiful day. (Pretty childlike in its own right, I guess.) At lunch overlooking Lake Monona, we had a chance to chat about many things, gloriously uninterrupted.

We reminisced about our anniversary adventures.

We talked about the logistics of bringing the kids to a funeral the next day. It was for a friend’s mom, who passed away suddenly only two weeks after her husband had retired.

We talked about the fleeting nature of life, silently hoping that such a thing would never happen to us.

Then I asked Kim a question: “If this was our last anniversary together, how would you wish we’d have spent it?”

The gravity of the question slammed into us like a city bus.

I don’t know about anyone else, but when Kim and I ask questions like this, the first answer is not, “I’d drop everything and fly to Paris so we could share a kiss on the Eiffel Tower.” If it were, I suppose the questions would not be a very useful tool, except for plunging us into debt.

For us, the question really means, “What’s the thing you’ve really been thinking of doing a lot about lately, but haven’t out of fear or complacency?”

This year, the answer was Medieval Times.

The closest one to us is near Chicago. We’ve driven by it several times during the past year, each time thinking about how much Lucy would enjoy it. She is very into castles and princesses and horses right now, and Medieval Times has them in spades. The reason we’d resisted was exclusively financial. Tickets are not cheap. Cheaper than tickets to Paris, of course, but still not necessarily in the budget.

I was reminded of a favorite saying from my friend Scott, who says, “Now that I have this, what does this make possible?” It has been normally used in the context of business, i.e., “Now that I have added this facet to my business, how could I leverage it in other areas?” But I also like to think of it anytime life throws me a curveball. Like when something negative happens and there’s nothing you can do about it. What good thing is now possible that wouldn’t have been otherwise? In this case, the week before, going to a funeral two hours aways was not on the agenda. Now it was and we were committed to going. So…what did our decision to go to the funeral now make possible?

We realized that the location of the funeral was a few miles from Medieval Times. It would be an early morning and a lot to ask of the kids, but perhaps ending the day with a dinner and tournament would be a fitting reward?

“If this is our last anniversary together, how would you wish we’d have spent it?”

Even though we hadn’t budgeted for this excursion, in the grand scheme of things, it would be a mere speck on our financial history. If this was our last anniversary together, there was no doubt we would regret not going for it. So we did.

The morning WAS early and the day WAS long, but the kids were so well-behaved through it all. We didn’t tell Lucy of our plans, even though we drove past the castle several times throughout the day. She was definitely curious about who lived there. Keeping it a surprise made the smile on her face priceless when we finally turned into the parking lot for the dinner show.

And as a sign that it was all meant to be, Lucy was made Queen of the Tournament by the Black & White Knight. 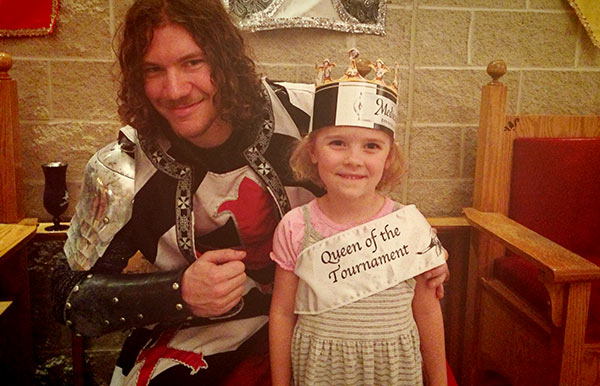