Behind the Scenes of My Book Writing Retreat 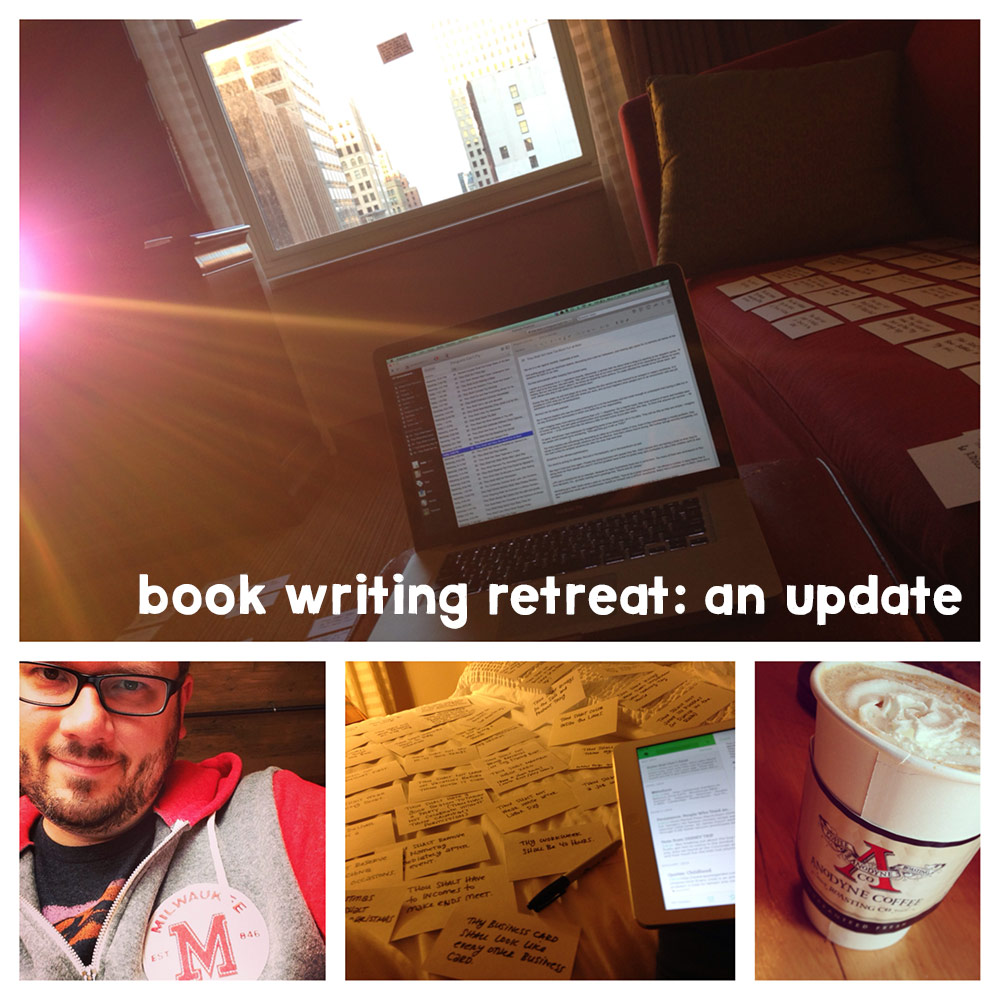 Pretty productive writing day yesterday! I have drafts of 28 of the 40 chapters for the book done, a feat I attribute 50% to focus & freedom from distraction and 50% to me drinking coffee for the first time :) Here are 10 things I wrote that I’m pretty proud of…

“And if you don’t want to make the bed, no evil will befall you. Sure, the ghost of your mother may haunt you, but it’s not like she wouldn’t have anything else to hound you about, right?”

“The tuxedo I wore was a rental, but if it were still in my possession I’d need a giant shoehorn to put it on and the Jaws of Life to take it off.”

“Our world is aching for silliness. Not just in the backyard, but in the boardroom as well.”

“Let’s face it: the sixty-year-old ladies trying to look thirty, don’t. They look creepy. They make the clown from the Stephen King classic “It” afraid of clowns.”

“Isn’t it weird how someone can wear the equivalent of skimpy underwear at the beach without a second thought but a dude wearing flannel pajamas to Panera Bread is frowned upon?”

“Decorating the office, empowering your receptionist to be more childlike, and adding a little whimsy to your products or packaging may be simple, but they actually do something quite important. They have the power to uplift the human spirit.”

“Confidence is sexier than any cream. Confidence comes from within, not from a container.”

“Once upon a time there was a girl who was raised by her grandmother in a magical forest. The old woman was always telling her to be careful, so she was. And nothing awesome ever happened to her. The end.”

P.S. I’ll be posting more updates on our Facebook page, so make sure you’ve liked it to get the freshest news!