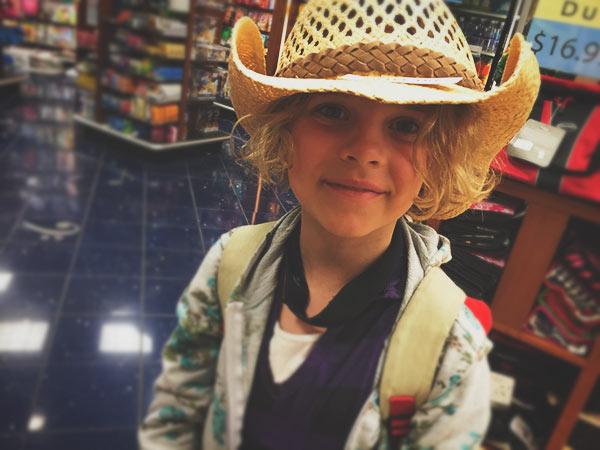 When do mechanical issues in Los Angeles wreak havoc on a flight from Nashville to Detroit? When you’re trying to get home to Madison, of course.

I recently had a speaking engagement in Nashville and took Lucy with me for our second Daddy Daughter business trip. Everything was wonderful, until our flight home, which was delayed thanks to the aforementioned issues in L.A. That caused us to miss our plane to Madison by mere minutes, despite us sprinting though the airport. As I spoke with an airline representative (the specific airline doesn’t really matter, does it?) I struggled to understand where they put our bags while still fuming over the circumstance that had us staying the night in Detroit.

I mean, how else are you supposed to respond to missing the last flight home?

If you’re Lucy, you excitedly inquire about the likelihood of us traversing that awesome moving sidewalk a few yards away.

Please keep in mind that she was not unaware of our scenario, blissfully ignorant of the adulthood realities I was mired in. She was tired and hungry. She was missing her mom and her siblings. She wanted to go home, too. It’s just that the little wonders all around us were too numerous to be wasting time worried about things that just don’t matter, if not now, then certainly a few years, weeks, or even hours from now.

In the end, we checked into a hotel, ordered a sausage and pepperoni pizza, and ate it in bed while watching Cutthroat Kitchen on my laptop. (A chef had to prep and cook his entire dish from a bunk bed!) We made the most of our extra time together.

The world is filled with magic, if you’re not so mired In Adultitis to miss it. Shame on me for allowing the actions of an airline to steal my attention away from this fact. Thank God Lucy was there to show me a better way.

We don’t have any control over broken airplanes in Los Angeles that wreak havoc on our travel plans. But we have way more choice over how our stories unfold than we act like we do.

Sure, we can get all bent out of shape over the inconsistent airline, the careless driver, or the noisy neighbor. We can let them steal our joy if we want to.

But we don’t have to.

Better to keep an eye out for a moving sidewalk.