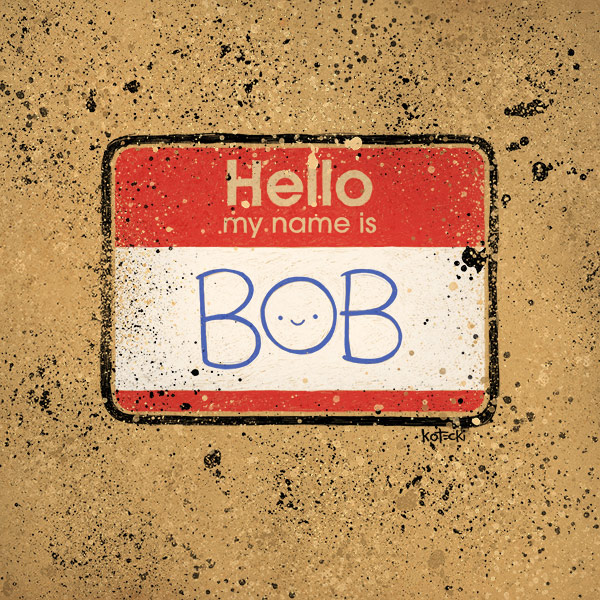 You’ve been there. You’ve attended a conference, a retreat, a networking meeting, or some other event that required you to wear a nametag. And then, hours after the event is over, you look down in horror to find that you are STILL wearing it. It clings to your shirt, mocking you like a group of middle schoolers laughing at your generic bargain buy shoes from KMart.

You shamefully reflect back to calculate how many people must have seen you wearing your idiocy on your shirt, but count yourself fortunate that you didn’t have to undergo death by embarrassment from someone actually pointing out the faux pas to your face.

Because as everyone knows, although nametags are useful for things like networking meetings, they are to be removed immediately after such events.

Most of the hidden rules we live by don’t seem all that much like rules. That’s why we barely notice them. Removing your nametag immediately after an event doesn’t seem so much a rule as it does a good bit of common sense. Especially if you want to avoid giving off the impression that you’re an absent-minded doofus.

Besides, who would even want to break a rule like that? There’s too much too risk and nothing to gain.

My good friend Scott made a career out of wearing a nametag every day. After attending an event in college, he made the fateful decision to keep his nametag on instead of throwing it in the trash like everyone else did as they walked out the door. He’s been wearing one every day since. For over 13 years. Just over 5,000 days straight as of this writing. He made a living writing, speaking and consulting on becoming more approachable, his expertise drawn from all of the things he’s learned through this experience. He’s written a dozen books, he’s been invited to a number of countries to speak, and he’s been featured in media outlets such as USA Today, 20/20 and The Wall Street Journal.

All because he dared to break a rule that everyone else is afraid to break.

There is a lot to gain by breaking the rules you might not consider worth breaking.