The Problem With Next Year 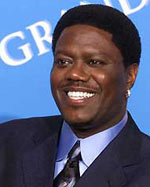 I was always impressed by his energy, enthusiasm and passion. I read an article about his passing and was struck by a particular passage:

In 2007, Mac told David Letterman on CBS’ “Late Show” that he planned to retire soon.

“I’m going to still do my producing, my films, but I want to enjoy my life a little bit,” Mac told Letterman. “I missed a lot of things, you know. I was a street performer for two years. I went into clubs in 1977.”

Now I don’t know what Bernie meant by “soon” in regards to his retirement, but he made the statement in 2007 and we’re already in the second half of 2008.

Putting off something to “next year” can be a tricky gambit. It lulls you into a false sense of security, giving you the feeling that you’ve got plenty of time to get around to it but not so much time that it’ll never happen. The problem with “next year” is that it’s always 365 days away. Near, but not yet.

Of course, “soon” is just as dangerous. “Soon” implies a sense of urgent priority, but leaves the door open for procrastination. After all, if you don’t get to it today, there’s always tomorrow, which is still pretty soon.

If something is important enough to do next year, there’s a good chance it’s important enough to begin right now. And if a year really is an appropriate timetable, then attach a date to it. The date serves as an anchor in time that brings the goal closer to you every single day. Without a date, “next year” is a dinghy thats aimlessly drifts along, endlessly out of reach.

Remember friends, tomorrow, soon, and next year may seem just around the corner, but sometimes they’re not.