Time for a Knock Knock Party 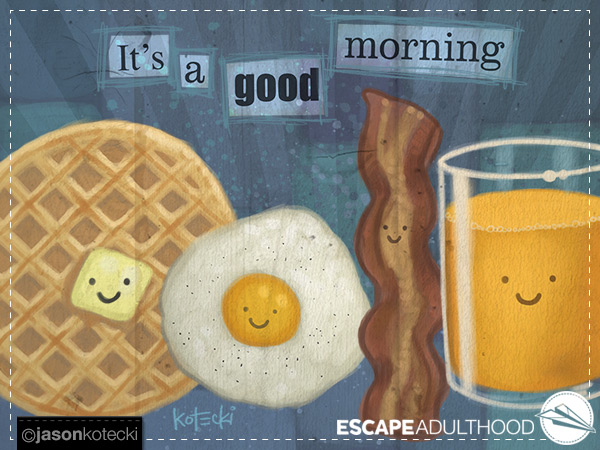 Last week, my daughter Lucy ran a pancake stand to raise money for Kindermusik. (Full recap here.) Although it caught one couple expecting to score some lemonade a bit off guard, everyone hailed it as a great idea and wonderful success. And it was, for many reasons, not the least of which were all the lessons Lucy learned in the process.

But another unexpected benefit was the opportunity to get to know many of our neighbors better, as well as meeting some for the first time.

Although I am always wary of waxing on about how much better the olden days were (I’m not that old yet!), it sure seems like neighborhoods were closer and more tight-knit a few generations ago than they are now. People are working longer. Kids are involved in more scheduled activities outside of the home. It often seems like the only thing we do in our homes anymore is sleep.

But Lucy’s Pancake Stand reminded me how important that neighborhood connection can be. And how bringing it back is not as hard as it might seem.

Food is always a big draw.

Helping your kids set up a lemonade (or pancake) stand is one idea. But you could also bake some cookies and share them with neighbors. Or invite them over for pizza. Bring a soft drink to someone who just finished cutting their grass. Or plan a Knock Knock Party.

A Knock Knock Party is a bit more involved, but it sounds pretty cool. It was shared with me by a lady I met after a recent speaking engagement. Tammy, who was a veteran of many such parties, explained them like this: A number of families would plan to rise VERY early in the morning and converge on the doorstep of an unsuspecting neighbor. After what I’d guess would be several knocks, the sleepy neighbor would open the door to behold a pajama-clad caravan of people, armed with eggs, bacon, and pancake mix, ready to whip up an epic breakfast for the surprised family. Any annoyance over the early wake up call would fall prey to the friendly banter, flurry of generosity, and aroma of frying bacon.

One thing is certain: Adultitis would not approve.

We spend a lot of time rushing around to pad our resumes, collect accomplishment, and accumulate things, but the older I get, the more I see that relationships are the best part of life. Connecting with others just makes life better.

Rekindling the richness of the neighborhoods of yesteryear is not that hard. Yes, it takes a while to build the relationships that make a Knock Knock Party possible. But you have to start somewhere.