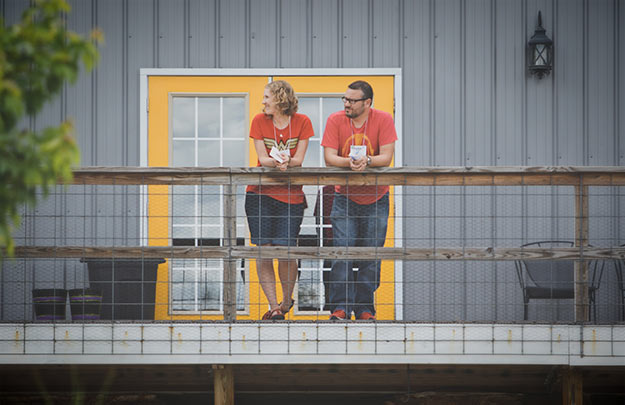 I finally got a chance to publish a re-cap post from this year’s Escape Adulthood Summit. If you were there and want to relive the magic, or if you’ve ever wondered what goes on at one of these things, check it out.

We didn’t start it to make money.

We didn’t know if it would lead to anything.

We didn’t even know if it would work.

All we knew was that our souls had been yearning to host a “live event,” and that we’d regret it if we didn’t give it a shot. As Kim and I spent a few days in a small cabin in Alaska a few months before Ben was born, it was the idea that bubbled up to the top of our Regret-Me-Not list.

Oh, we had all kinds of reasons for not doing it: We’d never done anything like that before. We’d have a three-year-old and and infant in tow. Our list wasn’t big enough. No one would want to come to Wisconsin.

But we did it anyway.

Now we’ve done four, and they are four of the best experiences we’ve had. Ever. We still don’t know where it’s all going, but we do know we love it, people that come love it, and it brings us a heck of a lot of joy.

That last one is reason enough to do anything.

Now keep in mind we weren’t stupid about it. When planning our first, we figured out we’d have room for 40, but the smallest number of people we’d need to break even was 12. Frankly, we didn’t know if even that many people would come. But we decided that if we came up short, we’d just cancel it and give people their money back, and all we’d be out was a small deposit on the space and two bruised egos. No big whoop.

Suddenly, this big “we could never do that” idea morphed into, “we could at least try it.” And we sold out in five days. Now we’ve done four of these crazy events and there is no end in sight.

Maybe your heart has been whispering at you to embark on some new experiment. No doubt you have many reasons to shout it down. Some might even be pretty reasonable.

But…what if it does?

Please accept this reminder: You just never know. Your craziest dreams may not be as far off as you think. A decision to start, followed by one tiny step and then another, can lead you on an adventure filled with joy and magic.