The What the Hell Approach to Living a Great Story 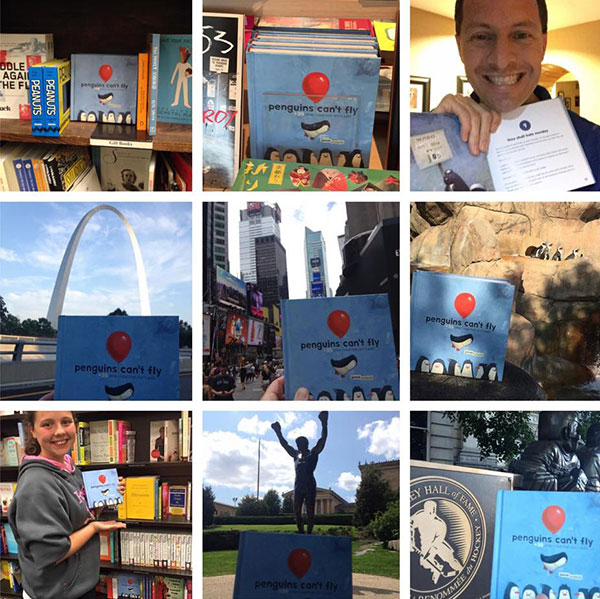 The #Notarule Tour is well underway. We have already visited a bookstore, a zoo, an old bank, and the home of some Escape Adulthood Summit alumni. But now the certifiably insane part is upon us.

We are embarking on a 10-day road trip in a Ford Edge with three kids under seven. And then we’re doing it again a month later.

Most parents might think we’re batsh#t crazy. Sometimes I do, too.

Because it is a little bit crazy. And it might not work.

But that’s exactly why it’s worth doing.

I loved the message I once saw printed on a sign at a store that said, “Ever notice that what the hell is always the right decision?”

When Kim and I first considered the idea, one of the biggest causes for pause was cash. We’re not getting any money from the publisher, and this won’t be cheap. So we’re trying to be smart. We’re using rewards points for some of our hotel stays. We’ll only be staying in places with a complimentary breakfast. We bought a cooler to transport food for lunches. And we plan on leaving the kids in Florida so Kim and I can take the return trip alone. (Kidding.)

We’ve also spent a lot of time thinking of ways to save our sanity. One way is to schedule lots of breaks and limit our time spent driving. The first day is the longest, but most days have less than four hours of total drive time. We are not trying to see and do every little thing along the way. We are not putting a lot of pressure on ourselves to get “work” done. Yes, we want to promote the book, but we mostly want some quality time together as a family. We see this as a rich extension of our homeschooling life and a chance to make some fun memories we’ll never forget.

But maybe there is a crazy idea you’ve been toying around with that summons up equal parts excitement and terror. Maybe it doesn’t make a lot of sense. And maybe there are a thousand reasons why it wouldn’t work.

What if you spent some time thinking about ways it could maybe sorta possibly work?

And then what if you said, “What the hell!”

After a speaking program a few months ago, a woman who was in the audience stopped me in the parking lot. She told me that she’d just been through the worst year ever. After fighting and beating cancer herself, she was now supporting her husband in his own fight, and the prognosis was not good. Meanwhile, her son just had both of his feet amputated due to complications with diabetes. She kindly affirmed that my message was on target, and lamented about how good we humans are at taking things for granted. Then, with a piercing stare from her steel blue eyes, she reminded me, “You don’t ever get to go back.”

That was the exact second I made up my mind: We are doing this road trip.